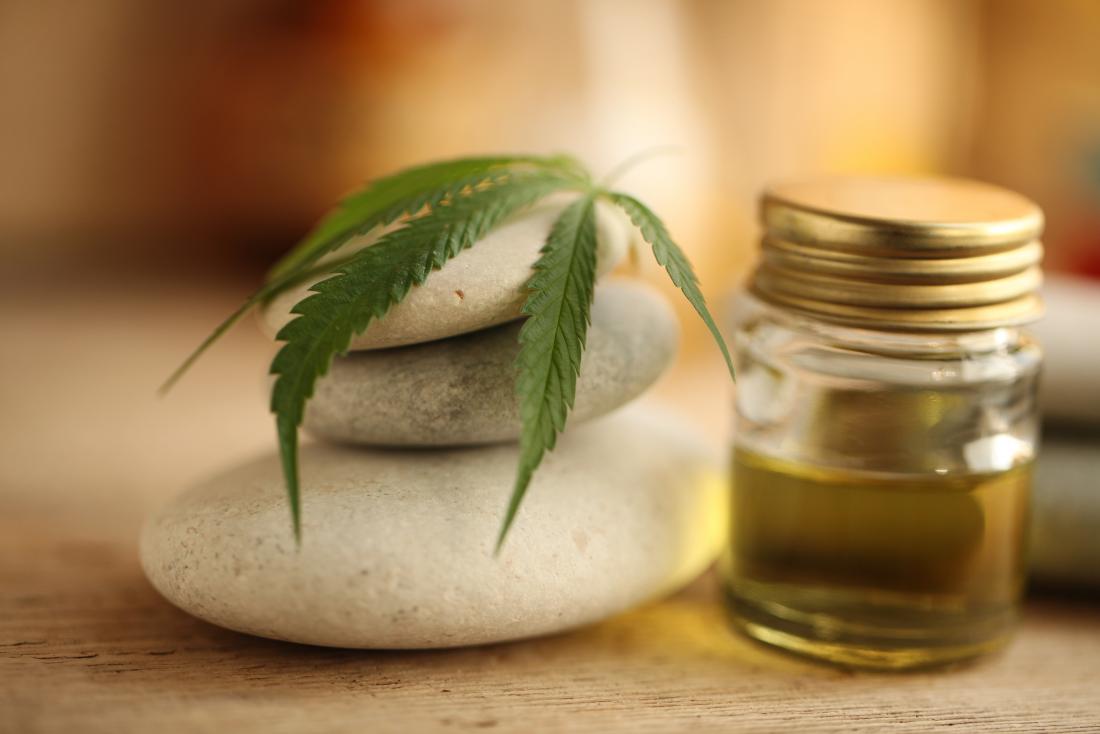 With the busy world that we live in, calmness can be hard to achieve sometimes. There are so many reasons to get stressed out, worried, or even angry about things on any given day. If you struggle with being calm and you’re looking to branch out and find new things to help you out, CBD soft gels may be an appealing product that could be worth trying. If you’re a savvy buyer, you may want to make sure that you’re not just wasting your money on something that won’t help you out. So, can CBD tinctures or softgels help you be calmer? Let’s dive into that question, as well as a few other things that you can try to keep calm no matter how stressful the situation.

Zen And The Art of Keeping a Cool Head

Sometimes, tensions rise and there’s not much that can be done about it. Maybe at work, your team missed an important deadline and management just chewed you out. Maybe you get home to discover that your dog has absolutely destroyed your favorite pair of shoes, or maybe you’ve even entered into an argument with your significant other and both of you are getting angry. It’s only natural that you might feel stressed out or overwhelmed in these situations, but it’s still important to make sure you keep your head on right.

There are a lot of methods that people use to keep themselves calm. One method that a lot of people use is called mindfulness. Mindfulness is the act of keeping yourself entirely in the moment while acknowledging your feelings, bodily sensations, and thoughts. Allowing yourself to stay completely in the moment is a great way to move past your emotions and help you get back to feeling calm as quickly as possible.

Mindfulness is actually the core of meditation practices, and meditation is another way to help yourself stay calm. By allowing yourself to practice mindfulness in a space where you don’t have any pressure on you, you’re able to make it a habit so when stressful situations come around you’ll know just what to do. It’s a lot like how Mr. Miyagi had Daniel do housework so he could get the technique down before actually teaching him karate. Many people use meditation every single day simply to help them make sure that they’re ready to calm themselves should stressful situations arise.

Another common practice for getting calmer is to simply let go of your anger or anxiety. While that is easier said than done on its own, there are some easy tricks that you can use to help make it easier for you. The first thing that you’ll need to do is admit that you’re angry or anxious, then from there you can try one of these tricks

Learning some grounding exercises along with a lot of the things we’ve put on this list can help you out a lot in your efforts to stay calm. The goal is to try and get yourself to allow for the feeling to pass, whatever it may be. Once you’re able to do that, you’ll be able to get better and better at calming yourself no matter the situation. Of course, it may be a little difficult at first and some situations are more stressful than others, but that’s ok. It’s a long and difficult road to achieving some sense of inner calm, but nothing worth doing is easy.

Building up Your Calm

Sometimes, the types of things that you need to calm are a little different than being angry or anxious. Sometimes you just can’t seem to wind down. It’s something that happens to the best of us from time to time. You could also just want something to help you calm down from being angry or anxious on top of techniques that you’re already using. There are a lot of things you can ingest to help you along your way to feeling calmer, no matter the reason you might be worked up.

Drinking tea is a great way to calm down, for instance. Chamomile is an especially good stress reliever. Humans have been drinking chamomile since ancient Egypt, and it’s still very popular today. Of course, if that’s not your cup of tea that’s still totally ok. There are thousands of types of teas to choose from, ranging all the way from your dark black teas to exotic green teas and succulent fruit teas. While there aren’t many teas that have the same calming effect as chamomile from a chemical makeup standpoint, sitting down and allowing yourself to enjoy a nice cup of tea can be an incredibly relaxing experience.

One thing that is often overlooked to help you remain calm is making sure to have a full meal. When you don’t eat, you’re more likely to be grumpy or worse. Your body needs food to power itself, so if you deprive it of its fuel source for too long it can have negative effects on your mood. Opting for healthier foods that make you feel good is always ideal both for your mind and body, but junk food works in a pinch if the prior isn’t an option. The most important thing here is that you’re getting your body some nutrients. 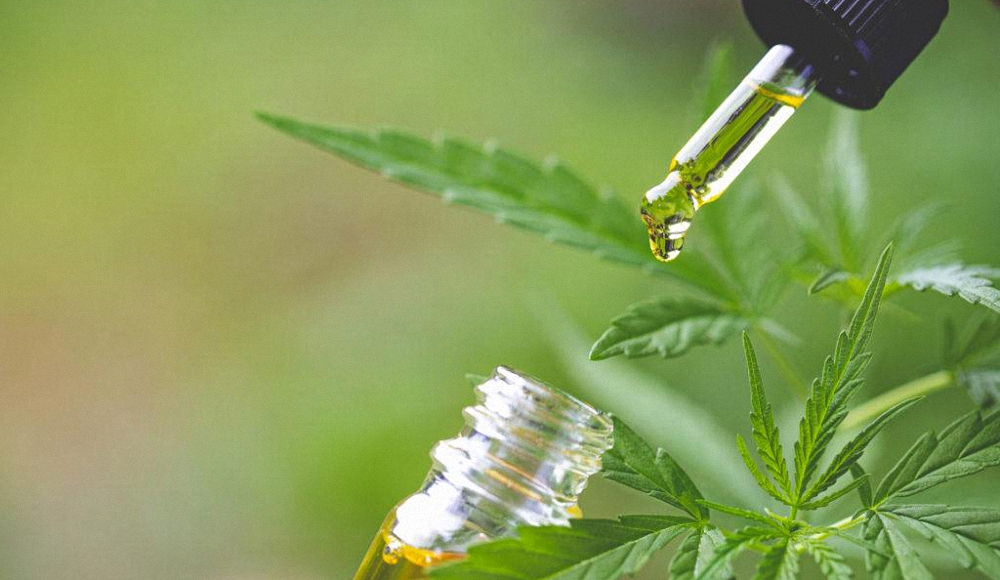 CBD as a way to calm down has been gaining some traction in the last few years as we’ve continued to see CBD grow in popularity. Can CBD actually help you reach a peaceful mindset like you want it to? Many people feel that it does help a lot, and in some cases, even feel as if it helps their body feel more comfortable to exist in. There are all sorts of positive effects that CBD can have on your mind and body, but is there any empirical scientific evidence that supports the claim that it can help you be calm?

There is a lot of anecdotal evidence on the subject, but for something like this for truth seekers like us, that’s not quite enough. Unfortunately, the jury’s still out in the scientific community on the subject because there haven’t been enough clinical trials in humans. There have been some trials done on mice that showed that it has a calming effect on the central nervous system, but mice have entirely different nervous systems and enter biological infrastructures than humans so that’s not nearly enough to go on.

There has been one notable trial ran on humans that showed a lot of promising results. There were 72 adults that were given CBD and many of them did find that it had a calming effect on them. Unfortunately, scientists still aren’t entirely sure why this happened or the mechanisms that cause the relaxed feeling. For the time being, there just needs to be more clinical trials done on CBD to be sure that it will have that effect on everyone as well as to understand exactly what caused the relaxing effects in the test subjects. There are still studies being done on this subject every day, so who knows what we’ll find in the future.

For the time being, CBD may be worth a shot as a tool to help keep you calm. We know that many people do feel calming effects from this cannabinoid, and it could also help you feel more relaxed as you go about your day. If you want to wait until there’s more scientific data on the effects, that’s fine too. There are plenty of other tools at your disposal when it calms to calming yourself, and with practice, you could become a pro in next to no time.

Keep the Calm With You

The worth we live in is complicated a lot of the time. Whether you’re just going to the grocery store or you have to work a double at work, things can pile up in our brains and manifest in some less than ideal ways. Fortunately, you can learn all sorts of skills that can help you along your way so you can be sure that you’re always as relaxed as possible. Plus, at the end of the day, if it’s too much to bear there’s nothing wrong with seeing a therapist to get some extra help. The goal is to make sure that you’re feeling calm and in control of your emotions, and the best person to talk to about that is a therapist. They’re trained professionals. So whether you decide to go the meditation route or you’d prefer some CBD soft gels to help you along the way, you’ve got this.