Alcohol dependence is a mental disorder whose primary symptom is concentration on alcohol consumption and constant or recurring need to drink.

How is it Manifested? How Does the Doctor Make a Diagnosis?

Establishing such a diagnosis requires a careful analysis of the symptoms. Most addicts downplay the problem when trying to justify and rationalize their drinking. These people usually give as the cause of excessive stress and the need to “relax”, fatigue, tension in relations with the environment, the desire to give oneself up courage, or finally – insomnia.

Alcohol addicts often identify other drinkers more or more frequently as having an actual alcohol problem (“it’s them, not me”). The image of a person addicted to alcohol – as not working, hygienically neglected, drinking every day, constantly under the influence of this drug, often homeless – is in their opinion the only possible model of a typical “alcoholic”. Therefore, failure to meet these criteria rules out, according to many addicts, the existence of a problem with alcohol.

The reality shows, however, that despite problem drinking, many people can maintain the appearance of proper functioning for a long time, keep work, social relationships, and remain in relationships. The fact of addiction, however, inevitably leads to the destruction of subsequent aspects of life. Drinking gradually replaces other needs and becomes the sole purpose of life.

When is Treatment Necessary?

Alcohol dependence is called the “disease of denial” for a reason. It is common for a sick person and their relatives to for a long time displace the fact of losing control over drinking from their consciousness. Since heavy alcohol use rarely begins suddenly, it is difficult to capture the point where drinking is no longer safe. 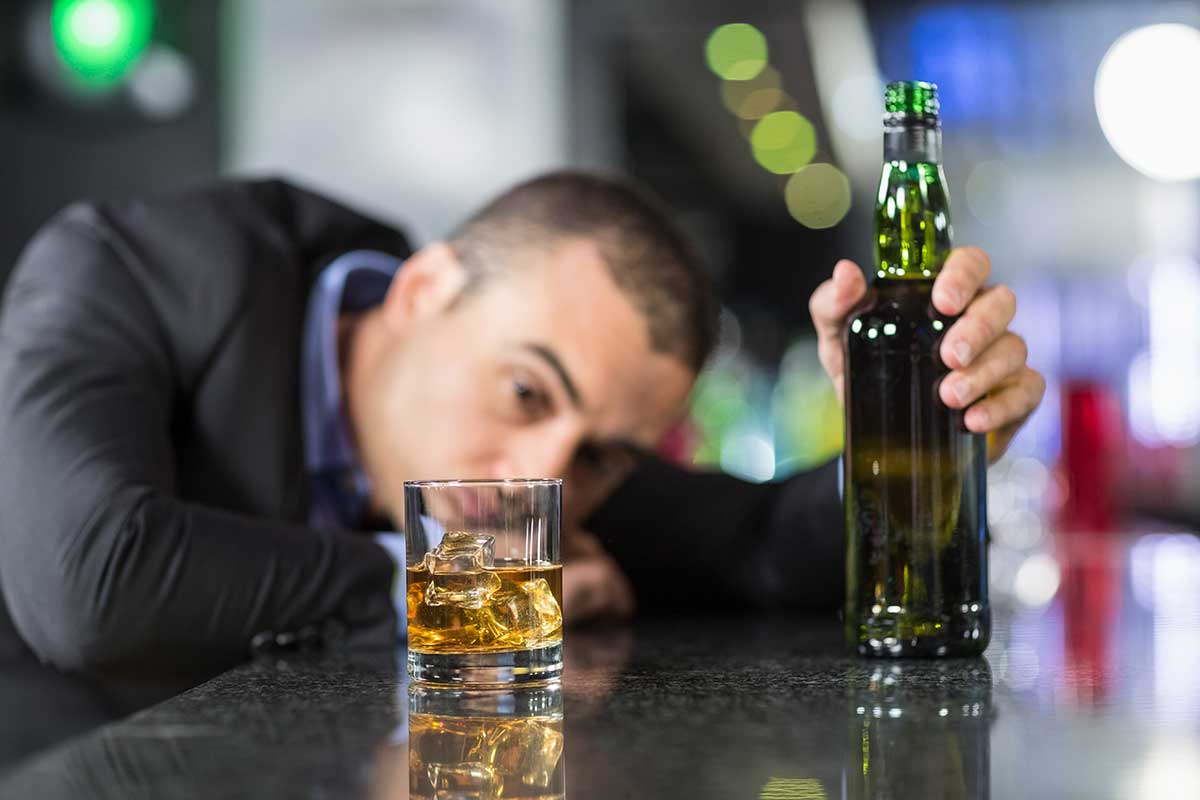 Gradually, there are new opportunities and more justifications for consuming alcohol, drinking for several consecutive days (“sequences”) to avoid, or rather postpone, withdrawal symptoms. Then it is difficult to make a reliable self-criticism and admit to losing control over the consumption of this drug and, consequently, life.

Disturbing symptoms are certainly drinking alone in order to hide from the environment, looking for an opportunity to get drunk and drinking more alcohol than planned, reacting with aggression to any comments about drinking, as well as drinking alcohol despite its obvious harmfulness and health contraindications. . Driving vehicles or coming to work under the influence of alcohol are also a cause for concern.

Psychotherapy – the Best Path to Recovery

Treatment of alcohol dependence is an arduous process that requires enormous motivation on the part of the patient and great skills of the therapist. It is estimated that only a dozen out of 100 problem drinkers manage to quit without professional help. More than 80 different therapeutic methods are currently used in the world, but only a few of them have proven efficacy.

Read more: how long does percocet stay in your urine

The basic method of treating alcohol dependence is psychotherapy – individual and group. It is commonly believed that therapeutic interactions are the only ones that really affect the basic problem, and all pharmacological agents can only support the sobering-up process. The aim of group and individual meetings is to develop the patient’s ability to cope with negative emotions in situations that usually lead to drinking alcohol.